Are you having creative differences with long-standing record label VP? Give international superstar Shaggy a call!

It sounds like an ad but it certainly paid off for dancehall act Spice.

Many of you may know that Spice had a nasty relationship with VP Records for several years. The deejay was ready to sue them for not releasing an album throughout her long stint at the company. The label, at the time, said they were working hard on completing her album and getting the necessary clearances. Spice continued to take the reins of her career and act as her own record company, which brings us to her approaching Shaggy (DM-style) last year for a collaboration.

Mr Bombastic took it a step further by enquiring if she had ever released an album after noticing her large body of work. That’s when she gave him the 411 on her beef with the label.

“I think it was a communication problem that was going on, she was representing herself,” Shaggy said in a recent interview with The Breakfast Club.

“In the initial stage of her deal, I don’t think she had proper representation cause she was young. It wasn’t a very good deal and so we went in there and just kinda restructured it but in fairness to VP, they were willing to come to the table because they realised her value at the same time and what happened with all the records that she was doing. She just took her own career in her hands so kudos to her to get herself to this level.”

He suggested that the label make use of her catalogue since they have the rights to it, and do the album.

Spice, who was also present at the interview, said she believes the resolution wasn’t as simplistic as Shaggy described.

“I think Shaggy has a secret of what he told them cause I don’t know what different him tell them more than weh I’ve been saying for 10 years.”

Co-host Charlamagne Tha God called it the “Shaggy” factor. In any case, Spice’s album, Ten, has finally actualised and is scheduled for release on July 30. Shaggy stands as the executive producer for the project and is featured on her Go Down Deh single alongside Sean Paul. 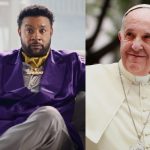 Magnum Tonic Wine have renewed their contract with ‘Queen of the Dancehall’ Spice for a third season of her popular talk show,‘Spice It Up’. The drink co…
Previous Next
dancehall artisteShaggySpiceTen albumvp records
Favorite