Dancehall heavyweight Bounty Killer has announced that he and telecommunications firm Digicel have inked a partnership, which sees the deejay becoming one of its brand ambassadors.

The deal, announced by Bounty Killer via his official Instagram page on Thursday (July 16), sees a tangible alliance with Digicel after the deejay’s viral closing statements during his Verzuz Battle with Beenie Man.

“Bounty Killer’s newest Alliance partnering with the network giant @digiceljamaica as Brand Ambassador/Influencer! Hey Yo Hello, Digicel A Fi Mi Cell,” the deejay shared with his over 730,000 followers.

A copy of the endorsement from Digicel, shared by Bounty Killer, welcomed the veteran artiste into its growing family of brand ambassadors and hailed him as a street-tough dancehall icon.

“Bounty Killer will bring the same energy from that unforgettable Verzuz clash into helping us connect in more meaningful ways with our customers and the wider community through his music, street flair and good deeds via the Bounty Foundation,” the statement continued.

The now-famous line gave the internet providers a massive global endorsement when at the height of the Saturday, May 23 clash, Bounty Killer declared ‘Digicel a fi mi cell’.

The tagline was even adopted by Digicel’s official Twitter page and is still used nearly two months later. 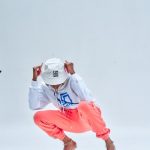 Dubbing her “one of Jamaica’s hottest female dancers on the dancehall scene”, growing clothing brand, The Bridge has signed Desha Ravers as their newest brand … 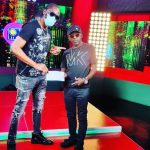