Dalton Harris, winner of the X Factor in 2018, and the Digicel Rising Stars in 2010 believes he is yet to feel welcomed by Jamaican people. In fact, in an interview with New York-based songwriter and coach Autumn Rowe for a series called The Conversation, Harris, while not calling Buju Banton by name, told Rowe that an ex convict received a warmer welcome back to Jamaica than him.

“I remember when I went back home, I was hidden in the back of the airport, you know nobody came to greet me but they did for other people who won American things, and they also greeted a person that was convicted for drugs,” he told Rowe.

According to Dalton, he felt let down “You know, this is my Government. So I felt horrible.” he said.

While admitting that he does get some support, Harris said the lack of recognition from Jamaicans is due to the perception that he is gay.

And that’s why he has made his duty to stand up for love.

“I stand for love and acceptance of all people everywhere. You cannot expect what you cannot give and how dare you even begin to believe that whatever privilege you have gives you any right over someone else’s life or right to live and be treated equally,” he said.

Banton served seven years in a United States prison on drug charges before he was released and sent back to Jamaica in December 2018. 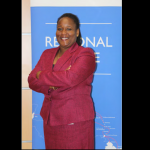 Regional musicians to get boost from CEDA through new talent platform

KINGSTON, JAMAICA — Performing artistes from the Caribbean are to be given a new platform to showcase their talent with the introduction of the Caribbean Rhythm Sh…

Abihail Myrie, the daughter of reggae veteran Buju Banton has been baptised.  The 21-year-old model shared the news via her Instagram account on Monday (Novembe…
Previous Next
buju bantonDolton Harrismusic industryreggae artiste
Favorite