The 90s was an awesome and in some ways unusual era of filmmaking. That era gave us unforgettable gems like “The Matrix”, “Heat”, and “Goodfellas”. But not all films are meant to be pristine cinema. Some films are even meant to be a little cheesy and super entertaining, even if you lose a brain cell here and there if you ever try to take the plot too seriously.

Today’s list will include some classic not-so-perfect films that are 90s classics. Well, except for one. The last one is arguably one of the best action/sci-fi films of all time.

Toy action figures, Commando Elite, come to life, powered by military technology, and are hell-bent on destroying their sworn enemies, another set of action figures called the Gorgonites. Their battle soon springs out of control involving their unlikely owner, Alan (Gregory Smith), and his neighbour Christy ( Kristen Dunst).

The synopsis tells you this isn’t a film meant to be taken too seriously, but that’s only plot wise. Give it a shot as this is one 90s flick that might surprise you.

If you grew up in the 90s you’ll remember how fun it was watching Chip (Tommy Lee Jones) try everything in his power to wipe out Archer (Frank Langella), the leader of the Gorgonites, when the toys begin taking their directives a bit too seriously. If you didn’t grow up in the 90s, try not to puke when you see the special effects. But by all means, give this one a go.

A creepy snake hunter, Jon Sarone (Jon Voight) offers to help a documentary crew attempting to film an indigenous tribe in the Amazon. It isn’t long before the crew learns that Sarone is less interested in people, and a lot more vested in risking his life to catch giant snakes capable of swallowing them whole.

If you were born in the 2000s, don’t pay attention to the critics. If there is one film in the Anaconda series worth watching it’s the one on this list. The film stars familiar faces like Ice Cube and Jennifer Lopez, and while neither of them is of the calibre of a Marlon Brando, you’d best believe this film is a really good time.

I think we all know the deal with Terminator films at this point. A Terminator is sent back in time to kill John Connor before he grows up to wage war against the machines and liberate humanity, but not if Giga chad Arnold Swcharzenegger has anything to say about it.

If you’ve never seen the first film, released in 1984, feel free to do so before watching this one. You know, if dated special effects won’t make your eyes bleed.

If you’re going to watch one film on this list it should probably be this one. Terminator 2 raised the bar for action/sci-fi films with incredible set pieces, classic music, and badass scene after badass scene. This is one of those films that make you jump, yell, and cheer as the story unfolds. Terminator 2 has stuck with movie lovers for generations, and this masterpiece will make you weep when you see what this now-shitty franchise used to be once upon a time.

It’s one of the greatest in its genre, and yes, one of the best films ever made. This is James Cameron at his absolute finest. 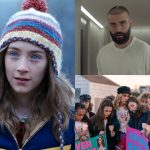 The weekend is officially here! Lockdown Sundays may have been discontinued but who says we have to stop binging? If you find your self with some valuable ‘me …
Previous Next
anacondaNetflix seriesNetflix showsSmall soldiersTerminator 2The Weekend Binge
Favorite