Tu-Lox from provocative dancehall duo Twin of Twins says Skillibeng shouldn’t have released DNA results showing that he isn’t the father of a child mothered by Leshaun ‘Leshii Beng’ Salmon.

There is no public evidence that the E-Syde deejay uploaded the test results, but Salmon claimed last month that he did it after allegedly going behind her back to do the test.

In his My Tu Sense Podclass, Tu-Lox said posting the results on social media was reflective of a woman’s way of handling things.

“Yuh never haffi kill yuhself and put out that, cause dat is a sports jacket fam…”

“Yuh see dah Internet thing deh bredda, we haffi left dem thing deh to gyal,” he said. “Some things can stay private bredda, we cya mek dah Internet something yah rule we… When yuh find out seh a nuh your youth, yuh shoulda just link up she and just clear yuh mind right deh suh, it never need fi clear pon the Internet cause at the end of the day that a you a put your business out there, that’s why me can deh here a talk.”

RELATED STORY: Skillibeng’s not the father? Woman speaks out after ‘jacket’ claims

He added that it created a ripple effect, as Salmon then felt compelled to share her side of the story, and in doing so revealed personal details about Skillibeng which may be true or false.

He said with the child being a baby, it was nothing to publicise, as “jacket-giving” is common.

“Yuh never haffi kill yuhself and put out that, cause dat is a sports jacket fam… Yuh have some man wid some iron jacket… him never know seh is a jacket until the youth all 40.”

He said all the red flags were there for Skillibeng to have protected sex with Salmon, from her being an exotic dancer to her having two other men at the time.

Salmon wasn’t off the hook, as Tu-Lox said that while he respects her for showing her true colours from the start, she created the impression that the child was Skillibeng’s.

“You did get your opportunity enuh, why when him tell yuh seh him know seh a fi him because him come inna yuh, you never tell him seh, ‘but mi man dem come inna mi too… so mi nuh sure if a yours’… Why yuh never tell him dat deh so?”

He added that she shouldn’t play the gender card to justify the backlash she has received, and said it boils down to her character.

“Most a unno mix up being a woman wid having a front; everybody have a front, but a weh yuh do wid di front that determines your character. Fi yuh front ‘been around the world and I-I-I’…you’re a sick person,” Tu-Lox said.

Working through my birthdays has brought me success- Skillibeng 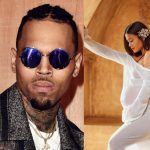 Despite the Crocodile Teeth single still being one of his biggest hits to date, the album named after the widely popular track, is failing to make an impression. Cro…
Previous Next
fatherhoodJacketSkillibengTu-Loxtwin of twins
Favorite