Elon Musk’s SpaceX will be providing global coverage with its Starlink satellite internet as early as September 2021, according to the company’s president Gwynne Shotwell.

During a recent video conference, Shotwell shared that the company had launched about 1800 satellites, with one of the satellites having achieved operational orbit.

As a result of the latest developments, the company said it is now able to provide global coverage.

SpaceX hopes to create a high-speed broadband system generated by satellites which envelop earth and provide quality internet, even to people residing in rural areas which are known to experience poor coverage.

To put it simply, the satellites are strapped onto the top of SpaceX’s Falcon 9 rocket and blasted into orbit with about 60 satellites released per launch.

According to Shotwell, Starlink’s beta is now operational in 11 countries, including the US, Australia, New Zealand, and parts of Europe.

The president explained that SpaceX requires regulatory approval before operating within a country.

As recently as 8 months ago, it was believed that Starlink providing this service to countries like Jamaica would be complicated.

A MOD in the Starlink Reddit community at least believed it would take 12 – 14 launches (at the time) before Jamaica would be among potential countries to receive this service.

“Jamaica is 18° North, which means it’s in the region that will get coverage last, in the currently ongoing deployment. That’s due to orbital mechanics. It’s also close to the equator, which can be an issue as there are some additional limits on how Starlink should operate there. It’s likely it will take around 12-14 more launches before you get sufficient coverage,” the user said.

“ SpaceX will also have to decide to service Jamaica, get licencing/permissions from your government and build a ground station somewhere near enough, either in Jamaica or maybe Republica Dominicana. PR and Florida are a bit far.” they finished.

Taking Shotwell’s talk of “global coverage” at face value, it would seem countries like Jamaica may soon be in line to opt for Starlink’s satellite internet.

Starlink internet has been garnering overwhelmingly positive responses despite its hefty subscription fee which is accompanied by a substantial upfront payment.

A Starlink subscription is currently $99/month with an additional charge of $499 for the kit which is inclusive of a tripod, WiFi Router, and terminal to connect to satellites.

One user, located in Utah, was able to achieve a download speed of 215 Mbps. This performance is head and shoulders above the 50 – 150 Mbps SpaceX told users to expect in an email blasted to beta test subscribers in October 2020.

According to an article published by Business Insider in 2019, Space X’s end goal is to launch approximately 42,000 Starlink satellites into low-orbit by 2027. 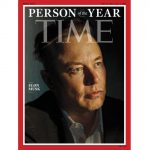 Elon Musk says he will build a ‘Tesla bot’ in 2022, but no one believes him

Tesla CEO, Elon Musk, says the company will be building “Tesla bots” that are designed to “eliminate dangerous, repetitive, and boring tasks”. Musk made the …

Elon Musk, the greatest advocate of making Mars the next civilisation has some news for you; a lot of people will die before that monumental goal is achieved. Musk m…

If it pleases you, you may now refer to Elon Musk as the “Technoking of Tesla”. The decree was made in a filing with the Securities and Exchang…
Previous Next
Elon MuskGwynne ShotwellSpaceXStarlink satellite
Favorite