Abiy, a favourite to win despite speculation about young climate activist Greta Thunberg, told the Nobel committee he was humbled and thrilled to receive its 100th peace prize. He called the award “a rare commodity in our region.”

He said he hoped the award would encourage other African leaders. His countrymen, even some critics, celebrated. The 43-year-old prime minister has embraced the concept of “medemer”, a term in Ethiopia’s Amharic language that means unity and inclusivity, and has lived it. The son of a Muslim and an Orthodox Christian, and of mixed ethnic heritage, he is a symbol of what he would like to achieve in a country of some 80 ethnicities and some 110 million people.

Abiy seemed to come out of nowhere, taking office in early 2018 after widespread protests pressured Ethiopia’s longtime ruling coalition and hurt one of the world’s fastest-growing economies.

Suddenly, one of the world’s longest-running conflicts was ending. Isaias Afwerki soon visited Addis Ababa and diplomatic, communications and transport links were restored. For the first time in two decades, long-divided families made tearful reunions. 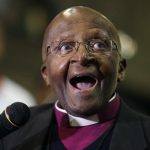 The Weeknd donates $1m to Ethiopia

The Weeknd has donated $1 million to Ethiopia amidst the ongoing conflict in the country’s Tigray Region. The singer made the announcement on Instagram on Mond…

The Black Lives Matter movement has been proposed as the recipient of the Nobel Peace Prize. The proposal was made by Petter Eide, a Norwegian Member of Parliament. …

A proposal to award the 2021 Nobel Peace Prize to a contingent of Cuban doctors, who specialise in disaster situations and serious epidemics, has been endorsed by fo…
Previous Next
abiy ahmedEthiopiaethiopia prime ministernobel peace prize
Favorite